What Is Floating? Inside the Fitness Trend That Steph Curry and Joe Rogan Swear By

Celebrities love it. Trainers swear by it. But are sensory deprivation tanks actually legit? 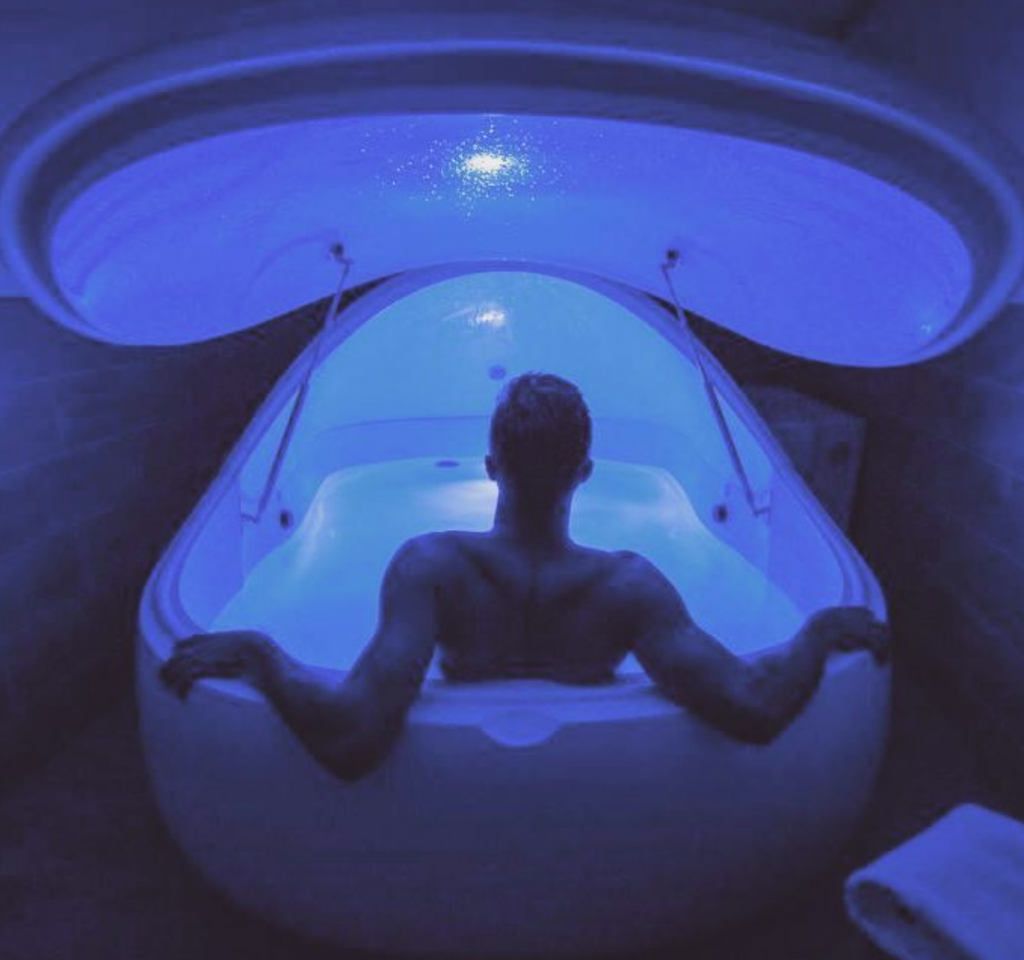 Most athletes will do just about anything to step up their game and get better, bigger, faster, and stronger. But the latest performance and recovery trend that’s sweeping the sports world doesn’t require you to do anything at all.

Floating takes place in a light-proof, soundproof tank, also known as a “float tank” or a “sensory deprivation chamber”. While it used to be a practice reserved for the New Age hippie crowd (John Lennon used float therapy to kick his heroin habit in 1979), it’s rapidly gaining popularity in the fitness world, with some of the world’s strongest athletes swearing that regular float sessions are key to everything from decreased muscle soreness and anxiety to a noticeable performance boost during workouts. Steph Curry, for instance, recently floated in a commercial for Kaiser Permanente, and the New England Patriots have used float tanks as part of their pre-Super Bowl conditioning (Tom Brady is a particularly big fan).

But what, exactly, is floating? How does it work? And, perhaps most importantly, is it worth all the hype?

The rundown on floating

Floating requires a tank to be filled with 6 to 12 inches of water infused with hundreds of pounds of Epsom salts. The high salt content makes the water more dense, which creates the buoyancy necessary to stay afloat (this salt-to-water ratio is the same mechanism that allows you to float in the Dead Sea).

“The water is set to your skin temperature, at about 93.5 degrees,” says Leilani Wagner of Capitol Floats, Sacramento’s first float shop and a popular floating destination for local athletes. Once you get into the float tank, all you have to do is lie back, relax, and let the feeling of weightlessness take over.

Floating devotees swear that the lack of outside stimuli creates a profound state of physical and mental relaxation. Wagner says that those who try floating emerge from the tank well-rested and rejuvenated.

Why athletes swear by floating

Floating has been linked to a wide range of health benefits. Brain-imaging studies, for instance, have indicated that floating can help regulate over-activity in the amygdala, which induces feelings of fear and anxiety. Such finds have led some therapists to speculate whether floating can be an effective treatment for people with anxiety.

But the practice is particularly popular among athletes. That’s because floating can have a tremendous impact on recovery and performance, says Brandon Marcello, PhD, a former director of sports performance at Stanford University and high-performance consultant who has worked with professional sports teams like the Atlanta Braves and the San Jose Sharks.

As Marcello explains, floating helps to calm down the sympathetic nervous system, which otherwise releases the stress-inducing hormone cortisol into the body and regulates “fight-or-flight” mode. High levels of cortisol can help inhibit recovery, says Marcello. “Floating can create a cascade of physiological events which can help increase parasympathetic activity and down-regulate the nervous system,” he says.

Marcello says floating can also create a kind of positive feedback loop: when athletes recover faster, they can perform better, too.

“[Floating] takes the pressure off muscles and joints,” says Marcello. “We have gravity pulling on us 24 hours a day. If we can unload the body, unload the muscles, unload the joints, and get into this sensory deprived state… we can see some benefits.”

Of course, none of this is to say that floating is a quick fix for recovery. It’s also worth noting that most of the studies pointing to floating’s health benefits have been relatively small, so there isn’t a huge body of research to support its positive effects. But it’s quickly gaining mainstream visibility, thanks to celebrities like Joe Roganendorsing the therapy. “We call him the godfather of floating,” says Wagner.

Rogan has become something of a floating evangelist, particularly in the MMA community. Anthony Cosenzo, a physical therapy assistant who competes in jiu-jitsu tournaments, was inspired to try floating after listening to Rogan’s podcast. He’s happy he did. “My recovery is a lot more rapid — that’s one of the main reasons I use it. It really helps my muscles recover from the wear-and-tear [of jiu-jitsu],” he says.

If you’re interested in trying floating, you’re in luck — the number of sensory deprivation tank centers is on the rise, and the practice is not prohibitively expensive. (Sessions typically cost between $50 and $75.) There’s no right or wrong way to do it, but Marcello says if you can do it after a workout, you’re likely to see more benefits. “The sooner you can get in, the better from a post-exercise standpoint,” he says.

With floating becoming more mainstream (and more studies emerging that show the benefits of regular float sessions), more athletes are taking advantage of float tanks as a way to boost their performance, speed up their recovery, disconnect from stress, and relax. Just try not to open your mouth in the water.

Here is a list of Joe Rogan videos about FLOATING: