Floating Away: The Science of Sensory Deprivation Therapy

I tried not to panic. I was floating effortlessly in a pitch-black tank filled with salty, skin-temperature water, wearing earplugs and nothing else. Within minutes I could no longer feel the sponge in my ears or smell the musty scent of water. There was no light, no smell, no touch and – save for the gasping of my breath and drumming of my heart – no sound. 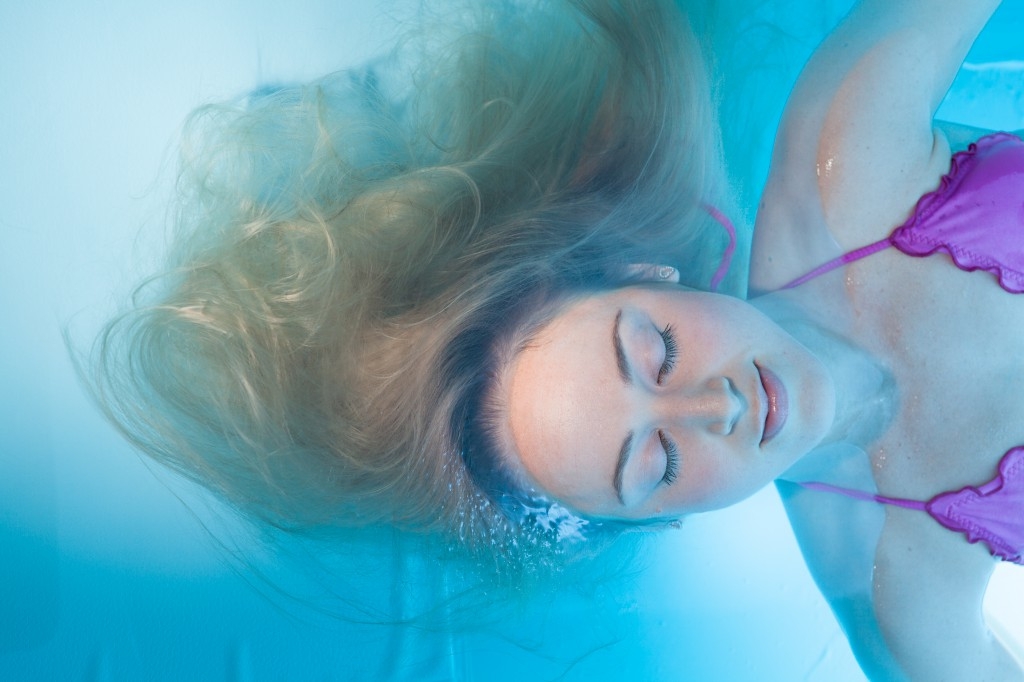 I was trying out North America’s avant garde drug: sensory deprivation. Across the continent “float houses” are increasing in popularity, offering eager psychonauts a chance to explore this unique state of mind. Those running the business are quick to list the health benefits of frequent “floats”, which range from the believable – relaxation, heightened senses, pain management – to the seemingly nonsensical (“deautomatization”, whatever that means). Are these proclaimed benefits backed up by science or are they simply new-age hogwash?

A Sordid (and Sensationalized) History

Why would anyone willingly subject him or herself to sensory deprivation? You’ve probably heard the horror stories: the Chinese using restricted stimulation to “brainwash” prisoners of war during the Korean War; prisons employing solitary confinement as psychological torture. Initial research studies into the psychophysical effects of sensory deprivation, carried out in the 1950s at McGill University, further damaged its reputation, reporting slower cognitive processing, hallucinations, mood swings and anxiety attacks among the participants. Some researchers even considered sensory deprivation an experimental model of psychosis.

However, despite popular belief, sensory deprivation is not inherently unpleasant. According to Dr. Peter Suedfeld, a pioneering psychologist in the field, these stories are rubbish. “(The prisoners) were bombarded with overstimulation – loud group harangues, beatings and other physical tortures,” he explained. Similarly, the original studies at McGill University used constant noise and white light – that is, sensory overload ­ – rather than deprivation.

In fact, an analysis in 1997 of well over 1,000 descriptions of sensory deprivation indicated that more than 90% of subjects found it deeply relaxing. To escape the provocative name of “sensory deprivation” and its negative connotations, in the late 1970s Suedfeld’s protégé, Dr. Roderick Borrie, redubbed the experience with a friendlier name: REST, or Restricted Environmental Stimulation Therapy.

Today, the two most frequently used REST methods are chamber REST, which involves the participant lying on a bed in a dark, soundproof room, and flotation REST, which involves floating in buoyant liquid in a light- and sound-proof tank. The latter, first developed by John Lilly in the 1970s and now widely commercialized, is what I decided to experience myself.

The Brain Without Input

The Oasis flotation tank was much chunkier than I expected. Designed to fit the average man with arms outstretched, the 90’’ by 48’’ industrial-looking behemoth nonetheless operated with only a slight hum.

Mike Zaremba, the co-founder of Vancouver’s Float House, explained that the tank was filled with Epsom salt-saturated water heated to skin temperature. Try to steady yourself in the water until it settles, Mike told me, then you won’t be able to feel the water. There was little pre-float briefing save for a reassuring remark that I could terminate the experience at any time – a disclaimer that Suedfeld encouraged based on experimental data showing it decreased anxiety.

I climbed in, closed the heavy door and was engulfed by total darkness. Almost immediately after settling in the warm, womb-like tank one of my senses disintegrated: my body orientation. The vestibular system in the inner ear contributes to the sense of spatial orientation, and together with proprioception – that is, the sense of the relative positions of neighboring body parts – it allows an overall perception of the body’s position, acceleration and movement in space. Without external cues, I felt like my body was spinning like arms on a clock face; the illusion was so strong it brought about a few waves of nausea.

Deprived of external stimuli, the brain generates its own. Parts of the visual field light up in unrecognizable shapes, which eventually morph into more complex manifestations such as dots, lines and grated patterns. With the advent of brain imagining techniques, scientists have been able to capture the brain basis of such finicky visual hallucinations during sensory deprivation. In 2000, one such study found that volunteers’ visual cortexes became more active after less than an hour of visual deprivation.

Hallucinations may also occur in other sensory domains. For me, it was auditory: initially, I heard a beautiful aria drifting in and out, like music from a faraway phonograph; soon it morphed into a full symphony before settling into a simple, tribal beat. Incredibly, I did not recognize any of these tunes; my brain was spontaneously generating them.

Some of Suedfeld’s work suggests that flotation facilitates creativity. A small study of five university professors found that six 90-minute float sessions allowed them to generate more “creative” ideas, which coincided with a self-reported increase in free imagery and remote associations. Similarly, in a study with 40 university students, a single hour of flotation increased their scores on a standardized test used to measure creativity.

Although boosts to creativity are a prime selling point for float houses, evidence supporting them is sparse. A far better researched effect of flotation is that it enhances performance in a variety of athletic and musical tasks that require high levels of concentration and visual-motor coordination, including basketball, tennis, archery and jazz improvisation. In a sample of 13 jazz students, four sessions enhanced their technical performance one week after the last flotation experience, suggesting the possibility of lasting benefits.

Suedfeld speculates that flotation may enhance creativity and performance in a manner similar to that of sleep or meditation. Research has shown that during resting states the brain repeatedly rehearses newly learned skills and consolidates recently acquired knowledge for long-term storage. Some studies have also shown that the resting brain is particularly adept at synthesizing information from a wide range of brain areas to solve tough problems – something you may have experienced daydreaming in the shower.

However, Suedfeld says, compared to sleep or meditation, such “twilight” states are more easily achievable without prior training or conscious effort via flotation. Advancements in brain imaging techniques may someday help us understand how these twilight states compare at a neurological level.

Cognitive perturbations only make up half of the flotation experience; far more noticeable are the physical effects. Within minutes of entering the tank, I coaxed my muscles to relax and allowed myself to sink into the warm cocoon of water that supported every inch of my body. Moving around required a surprising amount of effort; submerging my head under water was plainly impossible. I was content to lay still.

In the early 1980s, a group of psychologists at the Medical College of Ohio initiated a series of experiments that looked at the physiological responses to REST. Both within and across flotation sessions, blood pressure and levels of stress-related hormones dropped – effects that persisted long after the cessation of the last flotation experience. In 2005, a meta-analysis further confirmed that flotation was more effective at reducing stress than other popular methods such as relaxation exercises, biofeedback or relaxing on the couch.

These results prompted researchers to investigate whether flotation could help patients with stress-related disorders. The treatment was used as a primary intervention for disorders as diverse as hypertension, headaches, insomnia and rheumatoid arthritis; all of these studies showed positive effects in small sample sizes. Those suffering from intractable chronic painparticularly benefited from weekly REST sessions: their level of perceived pain dropped, their sleep improved and they reported feeling happier and less anxious. An ongoing project is investigating the use of flotation for fibromyalgia pain management with positive preliminary results.

There’s no doubt that scientific research backs some benefits of flotation. Still, the research has been imperfect. For one, studies are generally small. For another, it’s not obvious what counts as an adequate experimental control for flotation: Relaxing in a dark room? Going about daily activities? The mysticism and recreational drug use that surround flotation have also slowed research on the technique by the broader scientific community.

Nonetheless, Suedfeld is hopeful for the future of his life’s work. “There is a resurgence of the research since the 2000s,” he told me, “(mostly) replications and extensions of work done in the 1980s-90s.”

Float houses will continue to advertise their outsize lists of the treatment’s benefits. But the key to wider scientific acceptance might be for scientists to rein in theirs, Suedfeld says. “’Be courageous in what we try, cautious in what we claim,’” he said, borrowing an aphorism from psychologist Neal Miller. “I’ve always liked that one, and I think we should adopt that.”

As for me, when I left the float house reflecting on my session, I was suddenly painfully aware of the incessant car honks and busy footsteps from the bustling streets – noises I had almost forgotten about in my hour of disconnection. Was the experience transformative? No. But I felt calm and relaxed for the first time in weeks. To me, that’s good enough therapy.