The Washington Post: My patients said floating in a sensory deprivation tank was healing. So I tried it. 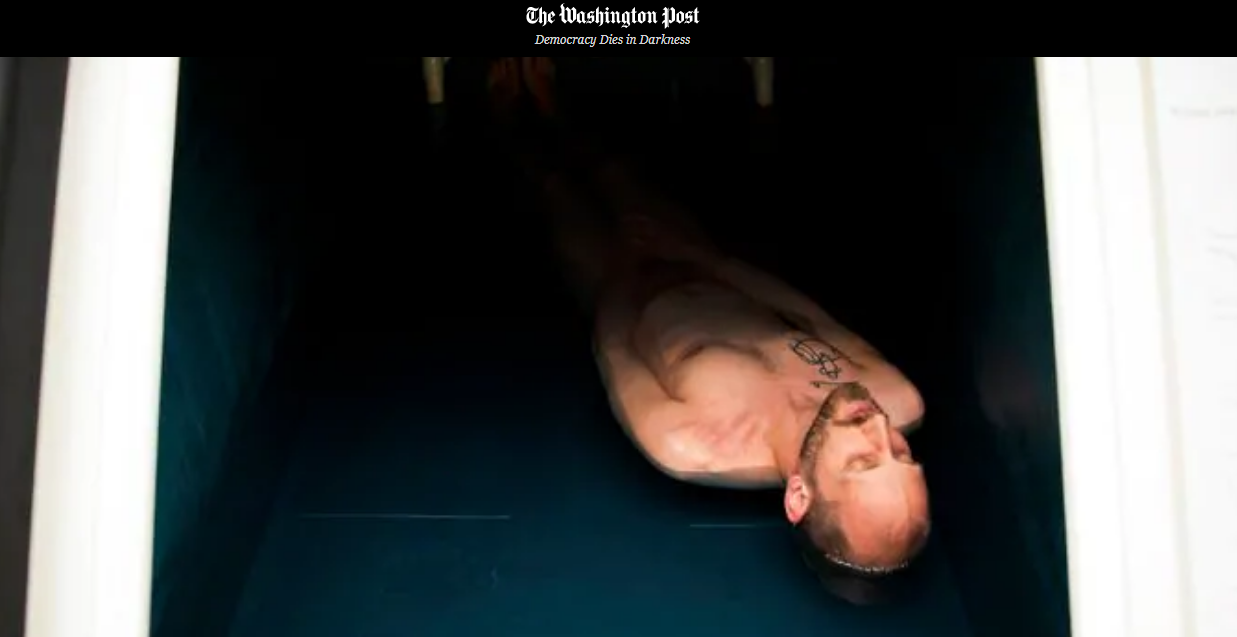 Floatation therapy involves immersing yourself in a “sensory deprivation tank.” The author, who is not pictured, decided to try the practice. (Katherine Frey/The Washington Post)

In mental health care, it’s not uncommon for patients to pursue complementary therapies to manage mental illness. As a psychiatrist, I’ve seen patients who take dozens of daily vitamin supplements. Some try acupuncture or massage. Others swear by light therapy or Reiki.

But there was one therapy that caught my attention after a few patients brought it up: floating.

Floating — more formally known as flotation restricted environmental stimulation therapy — involves a person lying down in a “sensory deprivation tank.” The tanks are usually closed containers that block out light or sounds. Many floaters wear nothing other than earplugs. The water is skin-temperature and filled with Epsom salts so you float at the surface.

During my medical training, I learned how sensory deprivation can be harmful to patients. In the hospital, patients can fall apart from a psychiatric standpoint when left in seclusion . For inmates in correctional settings, solitary confinement can cause profound mental health issues, including hopelessness and suicidal thoughts. So I was intrigued to hear that some patients were using sensory deprivation as a way to heal.

Trying out treatments we consider for patients is a long-standing tradition in psychiatry. Older generations of psychiatrists tell stories about sampling antipsychotics or antidepressants to experience what they feel like. Many psychiatrists today undergo psychotherapy for their own well-being and to better understand the patient role. Some psychiatrists have tried experimental drugs, such as LSD, which have been touted as promising therapies for some patients with mental illness.

So, I figured, why not try floating?

I found a reasonably priced coupon online and purchased a one-hour floating session at a facility not far from where I live in San Francisco. When I arrived at the nondescript building, I punched in a code and someone buzzed me inside. I felt as though I had entered a spa, with dim lights and calming decor. A staffer gave me a brief orientation because it was my “first float.” I signed a waiver saying I couldn’t sue if something horrible happened to me. Then, I showered and put on a robe and sandals and went into a room with the flotation pods separated by curtains. The pod, or tank, I was directed to looked like a miniature rectangularish steel bunker, mostly off-white, with a hatch on the front. The staffer gave me some earplugs, a cloth in case I needed to get water out of my eyes and a warning: “The water’s really salty and will burn in your eyes, so try not to do that. Anyway, I’ll tap on the side of the pod when your hour is up,” she said before disappearing.

I opened the hatch and stared into the black opening. My earplugs went in. My robe came off. Then I stepped into the pitch darkness of the tank, closing the lid behind me.

A sense of tranquility.

For decades researchers have studied whether flotation tanks confer health benefits. One meta-analysis looked at 27 studies published between 1983 and 2002 relating to the effects of flotation therapy. Many of these studies were small and had limited quality evidence, but the overall findings suggested floating may have beneficial effects on mood, blood pressure and levels of the stress hormone cortisol. The authors concluded that “flotation [therapy] might be a valuable alternative to other stress-management techniques.”

More recent research has focused on using flotation tanks to help people who suffer from medical conditions. A number of studies have shown floating may be useful for people who experience chronic pain disorders. Some evidence suggests patients with generalized anxiety disorders may benefit from floating. Researchers are exploring whether floating might serve as a treatment for people suffering from post-traumatic stress disorder.

Floating has also been studied as a tool for enhancing well-being and preventing illness in relatively healthy people. A small pilot study from 2011 suggested floating might promote employee health and prevent the need for sick leave. And a randomized trial published in 2014 looked at floating as a preventive health care intervention and found that healthy participants reported significantly decreased depression and anxiety, along with significantly increased optimism, after floating.

These days, floating has attracted all sorts of participants: A recent Vogue article had actress Jennifer Lawrence accompanying her interviewer to a Brooklyn floating spa. Professional athletes such as Tom Brady and Stephen Curry both reportedly have used flotation therapy to help stay atop their game.

Consumers should still be cautious when considering whether to try floating. Sessions can be expensive (often $70 or more for an hour), and spas may hype the benefits of a float session. For example, a 2014 study that examined online advertisements for floating found that the “information tended to be exaggerated, could be misleading to consumers, and was not always substantiated by published scientific studies.”

And while many people describe a sense of deep relaxation during these sessions, for some the isolation inside the dark tanks can be hard to take. Some participants mention having had hallucinations or out-of-body experiences during floating.

When I stepped into the tank, I could feel warm water around my ankles. My first thought was that it was like getting into a hot tub, except it was totally dark. I lay down in the shallow water and suddenly floated up to the surface. It felt like drifting in space. I couldn’t see anything. I couldn’t hear anything but my own breathing.

This was not a hot tub.

It wasn’t a transcendental experience, at least at the start: I got the salt water in my eyes a few times; I kept floating into the sides of the tank; I felt a little claustrophobic and worried that they’d forget about me, even though I knew I could get out at any time.

But what struck me most were the moments when I was lying completely still, floating without sound or sight, the feeling in my arms and legs disappearing into nothingness. My sense of time fell away and I felt at peace, as if I were lying in bed and about to fall asleep. It was a sense of tranquility that grew more profound as time passed.

And then before I expected it, there were two taps on the tank, and my one hour was over.

I opened my eyes, and slowly, I sat up, my body feeling warm and heavy. It was like I had slept for days.

When I think back on the experience it is a sense of deep “calm” that I most recall.

I won’t recommend that my patients spend money on sensory deprivation tanks until there have been more large-scale and high-quality studies to support their use as a medical therapy. Yet, I’m glad I had the chance to try out floating. I spent an hour inside a dark metal box but somehow came out feeling completely at ease, not just during the moment but also for a few hours after. I think many of us — and especially some patients who have mental health issues — seek out that kind of calm in our daily lives.

Dr. Morris is a resident physician in psychiatry at the Stanford University School of Medicine.