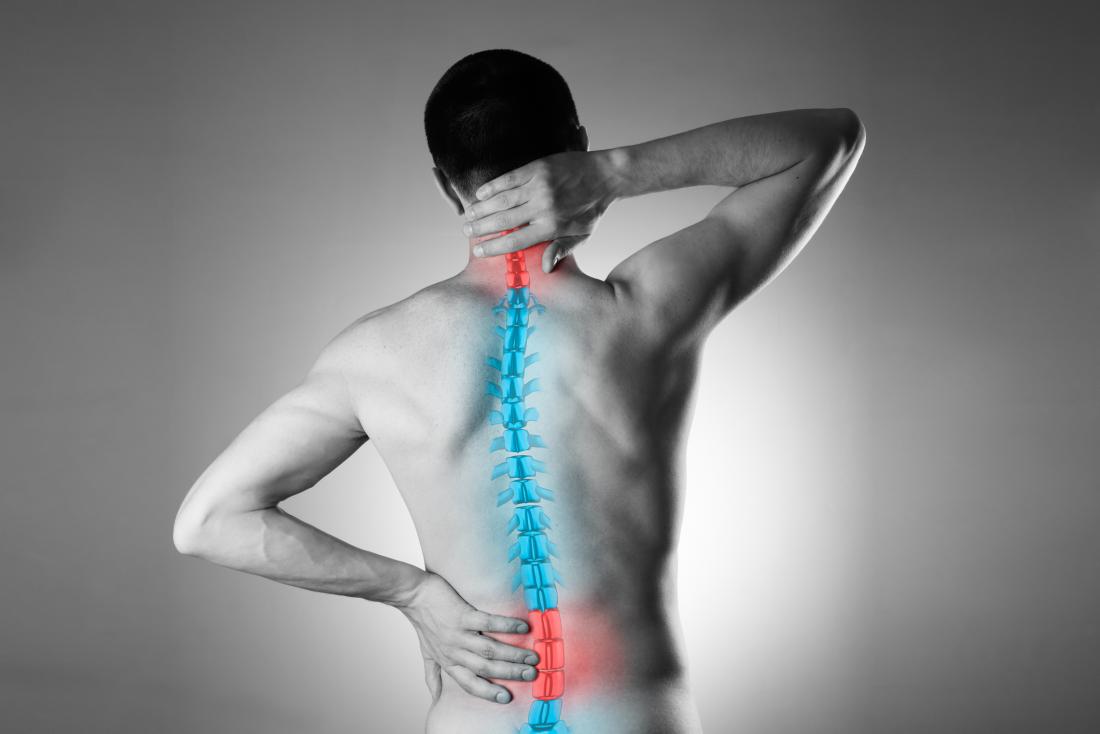 Up to a quarter of people in America experience low-back pain every year.

So, concludes a study from Rush University Medical Center in Chicago, IL, that featured recently at the 2018 annual meeting of the American Society of Anesthesiologists in San Francisco, CA.

The new therapy is called dorsal root ganglion (DRG) stimulation, and it works by targeting only the nerve fibers carrying signals from the source of pain. Unlike spinal cord stimulation, it avoids nerve fibers that convey messages from non-painful regions.

The recent study evaluated the impact on pain and disability of permanent DRG stimulator implants in people with chronic pain in their lower extremities and back.

Although it often accompanies many persistent medical conditions, scientists increasingly believe that chronic pain is a “health concern on its own.”

Chronic pain is pain that continues for at least 3 months. It arises when the pain signals that travel to the brain along nerve fibers persist, even though the source of the pain has disappeared.

Estimates for 2016 from the Centers for Disease Control and Prevention (CDC) suggest that around 1 in 5 adults in the United States. live with chronic pain, with around 8 percent having “high-impact chronic pain.”

The total annual cost to the U.S. of chronic pain — including the cost of medical treatments, disability programs, and productivity loss — is estimated to be around $560 billion.

Every year, up to 25 percent of people in the U.S. experience some form of low-back pain. For some, the pain persists and becomes chronic, with a total cost of around $100 billion per year.

Spinal cord stimulation treatment involves implanting a small device that sends low-voltage electrical impulses along a wire placed along the spinal cord. The effect is to block pain signals from reaching the brain.

Dorsal root ganglia are clusters of nerve cells — located on each side of the spinal vertebra — that relay pain and sensory signals coming from various parts of the body to the spinal cord and brain.

DRG stimulation disrupts the signals by delivering small electrical pulses through a wire placed alongside the specific DRG associated with the source of the pain. This replaces extreme pain with a more bearable sensation, such as numbness or tingling.

Scientists implant the device, which looks like a small pacemaker, in the lower back under the skin. A pain specialist sets the amount of current that it delivers according to the amount of pain a person experiences.

Prof. McCarthy and his team investigated the effectiveness of DRG stimulation in 67 people with chronic back pain by following them for 3-18 months after implantation. Of these, 17 had the implant for at least 12 months.

People self-assessed their levels of pain on a scale of 1–10 — with 10 representing “the worst pain imaginable” — both before implantation and during follow-up meetings.

Before receiving their DRG implant, most of those in the study rated their pain at level 8. Afterward, the most common pain score was 5, which represents a drop of 33 percent. The researchers describe the improvement as “clinically significant.”

There was also a similar decrease in self-reported disability, with a median drop of 27 percent. Researchers defined disability as “limitations in daily living” caused by pain.

When asked if the treatment was helpful, 94 percent of those receiving it said yes.

Prof. McCarthy notes that the DRG stimulator device is not an easy option because of the difficulty involved in placing the electrodes accurately. It could be an alternative, however, for those people who have not experienced any benefit from other treatments.

It could also “reduce or eliminate the need for opioids,” he concludes.

“There is a real need for non-drug therapy relief for people with chronic pain.”