I Tried Floating in a Giant Sensory Deprivation Tank, and It Changed My Life

All I can hear is the sound of my own breathing. And it’s so dark that I can’t see an inch in front of my face. I’m not sure which way is up and which way is down. There’s nothing I can do. So I just put my head back, close my eyes, and try to relax.

This might sound like the start to a slasher flick (or at least an extremely dark dystopian thriller), but in reality, it’s the start of my first experience in a sensory deprivation tank. As it turned out, it wasn’t scary at all. In fact, it turned out to be one of the most relaxing experiences of my life.

As someone who writes about health, I thought I had tried every wellness fad under the sun, most of which had little long-term effect on my health or well-being. But when I heard about flotation therapy, which involves being immersed in a tiny, dark sensory deprivation tank, I was skeptical yet intrigued.

“A float tank is kind of like a perfect bathtub,” says Graham Talley, founder of Float On, a Portland, OR float center that hosts the annual Float Conference. “It’s about five feet wide, eight feet long—so about the size of a queen-size bed—and there’s only about a foot of water in there… [that’s] saturated with about a thousand pounds of Epsom salt. It’s even more buoyant than the Dead Sea.”

Floating was embraced as an alternative health treatment in the 70s and 80s (in fact, rumour has it that John Lennon used float therapy to kick his heroin habit in 1979). Float devotees include celebrities like Steph Curry and Joe Rogan, who have promoted it as a post-workout recovery tool and a way to reduce muscle soreness.

Floating devotees claim that the therapy can be a cure-all for everything from hypertension to insomnia, but I was interested in trying it it for one reason: to relax.

I’m not exactly what you’d call a laid-back person. I meditate on a regular basis, go to yoga at least a few times a month, and spend a significant chunk of my free time reading books on how to mellow out and find my center. But despite my efforts, I find it nearly impossible to genuinely relax—mentally or physically. My mind moves a hundred miles a minute. My neck and shoulders are always tense. I have problems falling (and staying) asleep. And lately, it’s been taking a toll on my mind, body, and spirit.

I’d read that floating could help reduce anxiety, as well as the symptoms of post-traumatic stress disorder (PTSD). In a series of studies led by neuropsychologist Justin Feinstein, researchers monitored participants’ brain activity before and after three 90-minute float sessions. They found that the amygdala, the area of the brain responsible for regulating the body’s “fight or flight” response, basically shuts down after floating — which is the same effect you’d get from popping an anti-anxiety drug like Ativan.

For this reason, I figured it was worth trying floating. (Most sessions cost $77 for 90 minutes, but I got to try it for free.) If there was anything out there that could help me loosen up and just chill, I was game.

Luckily, since I was a first-timer, the staff stuck me in a “cabin-style” tank, which was a lot larger than the smaller, Star-Trek inspired pods I’d seen splashed all over Instagram. The tank had plenty of room to stretch out — and, more importantly, plenty of space overhead — which helped to calm my nerves.

After a quick shower, it was time to get floating.

I climbed into the tank and shut the door behind me. When I first got in, there was a pleasant blue light illuminating the water, which allowed me to get acclimated before I officially started my float. The water was comfortably warm (the water in float tanks is heated to skin temperature, about 93.5 degrees) and had an almost slick, oily feeling to it thanks to all the salt.

Once I settled in, I pressed a button on the side of the tank. The light faded away, and within seconds, I was in total darkness. The sheer magnitude of the darkness and silence was jarring. I couldn’t see even a centimeter in front of my face, and the only thing I could hear was the sound of my breathing and the occasional ripple of the water as I shifted positions and tried to get comfortable.

During the first few minutes of the float, I panicked. I thought I had made a huge mistake. I felt anything but relaxed. All the reasons I was floating in the first place—the racing thoughts; the tense shoulders; the jittery, nervous feeling in the pit of my stomach—felt amplified. It took everything in me not to feel around in the darkness to find the light and float my way out of there.

But the longer I stayed in the tank, the more things started to slow down. My shoulders loosened up. My breathing deepened. My thoughts stopped racing.

I was relaxed. And it felt AMAZING.

As time went on, I moved past relaxation and entered what I can only describe as an almost trance-like state; at times, I couldn’t tell where my body ended and where the water began. I couldn’t tell if my eyes were opened or closed, and I couldn’t tell if I was awake or asleep. It was like meditating on steroids. I was able to access the kind of deep, internal calm that I’d only read about in meditation books—and I was able to do it in about 30 minutes (researchers in Japan found that participants exhibited increased theta activity in the brain during sensory deprivation, which promotes deep relaxation and could explain my “fast track to zen” experience).

It seemed like only minutes had passed before it was time to end my float. I climbed out of the tank, took another shower to get all the saltiness off my body (including a vinegar rinse to remove any lingering salt from my ears), and got dressed. My limbs felt like Jell-O, but in the best possible way. And I carried that feeling home with me, where I continued to float on (pun intended), feeling calm, relaxed, and centered for a solid two days.

Was the deep sense of relaxation I got from floating a placebo effect, or the result of actual changes in my brain? I’m not sure, and I probably won’t find out: the science behind floating is still so new that it’s tough to point to any concrete evidence of therapeutic benefits.

But to be honest, I don’t really care. After my experience with sensory deprivation—and the complete and total relaxation as a result—I’m already counting the days until I can get back in the tank. 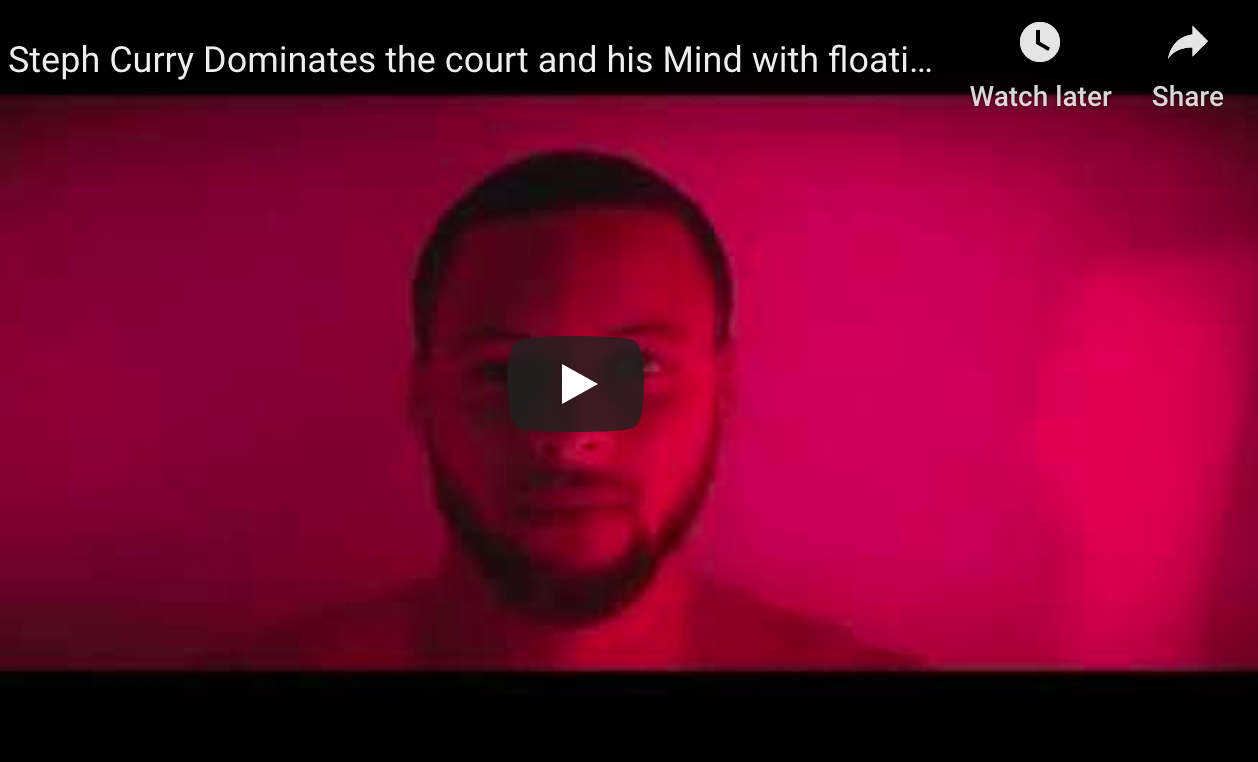