“Keeping my body still, I couldn’t tell where it ended and the water began.

It was one of the most eerily calming sensations I’ve experienced.” 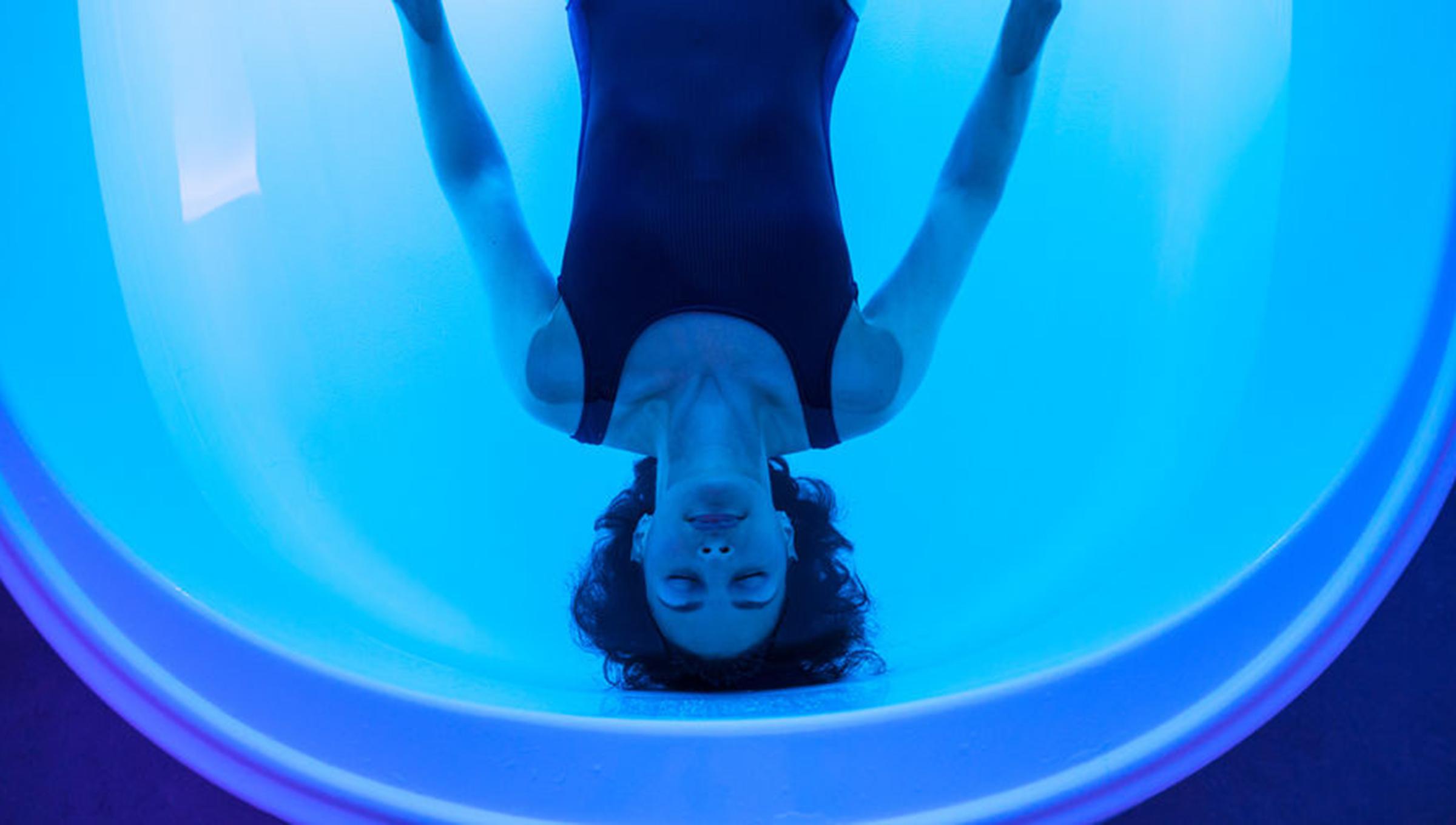 To float or not to float?

The room was completely dark. I only knew my eyes were open because I felt them; visually, there was no difference between eyes shut or eyes open. The only sound was the occasional swish of my body floating in water, buoyed by 1,600 pounds of Epsom salt.

No, this wasn’t a dream. It was what happened the first time I tried a sensory deprivation float spa.

Sensory deprivation is one of the hottest wellness trends, with float spas popping up everywhere across the country within the last few years (Seattle has six). Though floating hasn’t been studied extensively, it may decrease stress and anxiety, and many people attest to its powers of relaxation.

If you’re claustrophobic, don’t like the dark or aren’t comfortable being stuck in silence for an hour with only your thoughts for company, you may wonder why in the world I chose to do this. While the nerd in me just wanted to be like Eleven from “Stranger Things” making contact with the Upside Down, I also hoped forcing myself to unplug would help me de-stress and learn to be more mindful.

Preliminary research has shown that floating may lower stress, anxiety and even depression by reducing how much sensory input the brain and nervous system receive (because you’re suspended in water in the dark with earplugs in, duh). It may also be helpful for people with clinically diagnosed anxiety disorders, though more research is needed to say for sure, and to determine how long positive effects last.

There’s even a name for floating as a type of treatment: flotation restricted environmental stimulation therapy, or flotation-REST. One population known for utilizing this type of therapy is athletes, as some small studies have suggested it can potentially reduce perceived muscle soreness and lower blood pressure.

Though David Coppel, Ph.D., a clinic neuropsychologist and sports psychologist who practices at the UW Medicine Sports Concussion Program at Harborview Medical Center, has never specifically recommended flotation-REST as part of a patient’s treatment plan, he has seen several patients (all athletes) who have tried the therapy.

“Some of my patients have tried a float tank and liked it; some saw it as a different way of meditating, almost,” he says. “I’m not sure it’s helpful for performing better in sports, but it may be helpful in dealing with potential stress.”

Why I chose to float

I’m not an athlete, soldier or astronaut (or a mouse, obviously), but I have been looking for ways to quiet and declutter my brain. It started when I realized I couldn’t just sit down and watch a TV show without also scrolling through my Instagram feed — and that this habit was making me low-key anxious on the regular.

The benefits of floating can be hard to determine because, so far, most research has relied on self-reporting — and it may be that only certain kinds of people seek out float spas in the first place.

“Who seeks those out are people who want quiet time, who want to see if they can’t reduce their overall tension; it’s an effort at being able to relax and disconnect,” Coppel says. “For some individuals, that feels good, but for other people it’s anxiety-provoking.”

How you respond to floating could depend on the preconceptions you have about it, or the mindset you have going into it, he explains. For me, that was mostly curiosity — mixed with, OK, a little anxiety.

Coppel recommends easing yourself into the experience if you aren’t sure how you’ll react. For me, that involved several things. First, I chose a spa that offers private rooms instead of those coffinlike pods with closing lids; that way I could stretch out and not have to listen to an inevitable internal monologue about how people used to die after being accidentally buried alive (true story and, yes, I’m morbid).

I also chose a spa that allowed me to be in control of when (if at all) I wanted to experience complete darkness and silence. Large buttons on the side of the small pool I would float in let me turn music of my choice and lights on and off.

When I arrived at the spa, I was given a few minutes to shower, which staff at the spa recommended so I didn’t bring any lotion or hair product residue into the pool. (Did I mention my private room had its own sink, toilet and shower? #luxury) Calming blue lights outlining the pool blinked as my session start time approached, and then slowly dimmed when my hour began.

At first, I kept the lights and music on and just kind of wiggled around in the pool, because it was fun. Then I got serious and put earplugs in, stretched my body out and lifted my arms above my head, like a water-dancer preparing to pirouette. This proved to be the most comfortable position for floating.

After getting used to the wondrous feeling of floating on water, I turned the lights off and, working from my toes to my head, relaxed my entire body. It took some effort. I felt like the slightest movement would tip me over and make me face-plant into salt water. Gradually, however, my muscles loosened.

When I switched off the music, everything changed. I was no longer in a pool; I was floating in empty space. The water, heated to the exact same 98.6 degrees as my body, faded away.

Keeping my body still, I couldn’t tell where it ended and the water began. It was one of the most eerily calming sensations I’ve experienced.

As silence pervaded the room, my breathing and the steady beat of my heart grew louder, almost too loud. As my eyes closed, circles and swirls of different colors began moving slowly across my vision, like some kind of hypnosis. This isn’t uncommon, Coppel told me; in the absence of visual stimuli, the brain kind of makes up its own.

At the end of my float, I felt the most relaxed I had in a long time. I was still aware of everything that stressed me out just an hour earlier, but it mattered less. As the lights in the pool slowly turned back on, I sighed deeply, basking in the stillness and tranquility of what I’d just experienced.

And then I pushed myself back and forth, from one wall of the pool to the other, grinning as the salt water carried me with ease. Because YOLO.